A tribute to the Godfather of fitness: Jack LaLanne

Jack LaLanne talked-the-talk and walked-the-walk for more than 80 years. His mission was to help people help themselves and to teach that exercise and nutrition go hand-in-hand. One of his most famous quotes is, “Exercise is king, nutrition is queen, put them together and you have a kingdom.” Arnold Schwarzenegger once said that, “Jack LaLanne was 30 years ahead of his time. He is truly the terminator of unhealthy living. He possesses the secret formula for the fountain of youth.” Simply stated, Jack LaLanne started the American fitness revolution.

I first met Jack LaLanne on an early November morning in 1968 on TV, while lying on the couch at my Aunt Ruth’s house. I have such a vivid memory of that day, being kept home from school because I had strep throat... I was 8 years old.

Jack LaLanne was larger than life and was called “The Godfather of Fitness.” As a youngster, his muscles, his abilities, and his fortitude mesmerized me. Our TV set allowed me to workout with him and to feel his encouragement like he was right there with me. Yes, he inspired me, along with millions of others. I picked up his gauntlet of challenge and pursued fitness as my daily way of life, fitness as my business, and fitness as my mission.

It was Jack’s inspiration, his lead, and his action that led to the development of the first modern health spa in 1936, the first nationally syndicated television show on exercise and nutrition, and the development of the leg extension, squat (now called the Smith machine) and weight selector machine. He also was the first to encourage athletes, women, the elderly, and physically challenged to train with weights. Jack’s focused pursuit of purpose and his undying belief in the power of a strong body helped propel exercise science and natural health.

Jack practiced what he preached, as evidenced by his feats of strengths:
Jack has been honored numerous times including:
Jack was a mentor of mine. For my 49th birthday, he sent an autographed picture and a note that said, “Happy Birthday, here’s to 49 more birthdays. Healthfully, Jack LaLanne.” I was touched that he would take the time to make my birthday a little more special. It was at that moment that I set an intention to further his mission and legacy. I didn’t know at the time how it would manifest, but through this tribute and the book about Jack’s legacy (Pride and Discipline – The Legacy of Jack LaLanne: In His Own Words), I’m co-authoring with his wife, Elaine LaLanne (a fitness legend in her own right), do I see it coming true.
What does it mean to leave a legacy? It means putting a stamp on the future and making a contribution to future generations. Jack’s legacy is about changing peoples’ lives through exercise, nutrition and attitude. He would often say, “Your health account is like your bank account: The more you put in, the more you can take out.” Elaine and I, along with all coaches and trainers continue Jack’s legacy. The power we have to change people’s lives is much more real and much more than simply training people to exercise. That power is held in a smile, a nod, a gentle push, a kick in the butt, a pat on the back, a simple, “Let me show you,” and a shared, “Well done!” That is the power to propel and that power is held by each and every one of us. We learned that from Jack.
Jack grew into his legacy by doing and giving; and doing some more. He first had to find his passion and purpose and then he pursued them relentlessly, increasing his knowledge with a combination of schooling and practical action on himself. With every new success, he would strive for more.
He saw the lack of means and method, so he designed equipment to help people achieve their specific fitness goals. His weight selectors and cables are still in use today. He was the first to use chairs, water bottles filled with water, books, doorknobs, door jams, and even walls to get people to exercise. He liked to say that, “People don’t die of old age; they die of inactivity,” and “It’s better to wear out than rust out.”
His ideas evolved into bands and tubes, more lightweight, affordable, and easy-to-use by the average person. Providing a means to achieve success, offering the encouragement to pursue that success, living that success by example, all with purpose and love… isn’t that what a legacy is all about? Thank you, Jack, for leading with passion and purpose and forging the way for all of us that follow in your footsteps.

Raising the Bar: Sharon Bourke Next 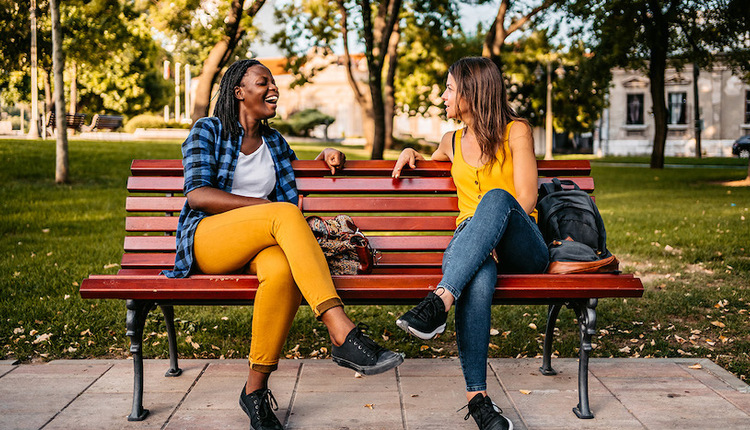 It’s Time to Ditch the Script

What’s next for our industry?
Features
Programming Through the Decades
Features

Journey to Success: Living a passion, leaving a legacy
Departments
$40 and a new pair of shoes
comments powered by Disqus
Related