Childhood obesity is a growing problem today, and the demand for fitness programs aimed at the general teen and kid population is also increasing. But training kids is not the same as training adults, and understanding the differences is the key to a successful youth training program.

As with any young industry, the opportunities for personal trainers within the world of fitness and sports continue to evolve and broaden. Consumer trends and demands from the marketplace have brought about changes, to name a few, in client-trainer ratios (one-on-one versus small group), billing (pay-per-session versus monthly retainers) and even session location (health clubs versus outdoor boot camps).

But what has become a rather unexpected evolution is the advent of an entirely new demographic.

According to MSNBC.com, roughly one million children and teenagers hired the services of a personal trainer in 2006. The Wall Street Journal reported in their November 2004 edition that as much as $4 billion is spent every year in the United States alone on personalized training and coaching for kids. And that was in 2004.

This new demographic is likely due to a confluence of events that has seen market demand for youth-based services soar industry wide. According to the American Obesity Association, more than 30% of children and teenagers in the United States are considered overweight or obese. Those numbers rival worldwide trends. Additionally, as the need for increased fitness has ballooned at the youth level considerably over the past two decades, school-based physical education -- once considered a mainstay and necessity for proper holistic development -- has been sharply cut by school boards worldwide.

The result has been a staggering plea from the marketplace for private practice facilities and programs that cater to the needs of children and teenagers with respect to proper and developmentally-sound fitness... Which is why a sensible approach to the topic of "Youth Fitness" must be disseminated.

A few weeks ago, I spoke with legendary Strength Coach, Joe Kenn, about this very issue.

Coach Kenn is as qualified, respected and "in-the-trenches" smart as they come. He's served for more than 20 years as a premier strength coach in US-based colleges and has worked with a litany of past and current stars from a variety of sports.

During our conversation, he offered this advice to parents, coaches and fitness professionals when working with young athletes:

Although a rather funny way of saying it, Coach Kenn's point cannot be ignored. Training young people isn't about focusing on making them better right now -- the biomotors will increase naturally when proper skill-based teaching is applied and fat loss is an irrelevant factor to focus on with kids -- what's critical is to not char them in the process of making them better. Don't "fry them" on a high temperature. Don't "barbeque" them until their crispy. Don't try to "grill" them to a golden brown. Instead, think of training young athletes as heaping them in a crock pot with a bunch of other savory ingredients and then setting the temperature on a low gauge.

Let the flavors meld and the ingredients come together in their time. By the end, you'll have a mouth-watering dish that contains flavors and layers of "yummy" that you can't get through any of the "quick cook" methods.

Sample programs allow you to see a system and implement it but without necessarily understanding why it's been created that way. It's akin to being given a fish versus being taught how to fish. One allows you to be satiated for a day or week, while the other allows you to keep yourself satiated indefinitely.

With youth fitness participants, knowing the "why' behind the "what" is terribly important. Moreover, understanding the universal laws of development that govern all human growth and how they are applied to programming for young athletes will allow you to create specific programs that are compatible with your given situation.

When working with young people the acronym "M.O.L.D." provides a perfect backdrop for understanding what, specifically, are the musts of training this particular demographic.

"M" stands for one of the most important tenants governing young athlete training -- Movement Must Dominate.

Although this seems like an absolute "no-brain" reality, I am constantly amazed how many times it is breached within the fitness and sport training world with respect to young athletes. Kids and teenagers don't belong sitting on strength training machines producing force. And they certainly have no business performing "cardio" on static pieces of machinery, either. This is true for so many reasons.

Just watch a young person in their natural environment. They move. Constantly. This desire to play, run, skip, hop, throw things and climb is not a product of "ants-in-the-pants" or any other form of contemporary "illness" as defined by modern society (ADD for example). The neurology of human growth and development shows that during the young periods of life, the central nervous system (CNS) is in constant "gathering" mode.

As young people, we are learning. Our bodies, governed by our CNS, are wired to explore movements, environments and situations. Kids don't mean to "get into things" -- they are being instructed to by an ever-changing, always-learning CNS that is requiring continual input. Not only should this reality be honored and respected, it MUST be enhanced within the training systems of young people.

If your training program for youth participants involves moving and producing force through an unregulated and free manner, than you are most assuredly on the right track. Run, jump, throw, kick, hop, skip... That kind of stuff.

(BIG O) With Young Athletes, You Must Communicate

The second letter in our acronym, "O", stands for simply this -- Open to Communication Variances.

The "Lombardi-style" coaching system doesn't work. You can't just bark orders and think that every young athlete you train is going to be listening. With coaching, one-size DOES NOT fit all. Just like physical ability, size, relative strength and potential, they way a young athlete needs to be communicated with is specific to that child or teen.

Now, I'm no fool. I've spent nearly 15 years in the trenches and know full well that when you have a group of kids (say 20 six-year-olds), getting to know them well enough and being able to provide individual attention to them is challenging to say the least. But that doesn't mean individualized communication isn't possible. It just takes a system.

Over my years working with kids, I have found that every one of the young athletes I've trained fits somewhere into the one of four categories, each requiring a different method of communication:

"L" brings us to learning. Just like with "O", we must understand that young people learn in different ways and at varying speeds.

A quick and easy rule of thumb -- always explain what the exercise is. Demonstrate it. Explain it again. And then ask them to explain it to you.

This equates to a "Tell, Show, Tell, Converse" method of teaching and dramatically accelerates the learning process. It also provides a divergent way of instruction so that all the young people in your group can learn in the manner that best suits them.

But it brings us back full circle to where we started... "Cook 'Em Slow."

The most important thing you have to remember is that your job is not to make youth participants better -- it's to enhance their skill. When quality skill exists, it can be build upon to introduce and produce even more skill overtime.

And just a quick word to those who may be concerned... If a coach or parent asks you if their child or teen will get faster, stronger or lose weight with your "slow cook" method of training, your answer is YES!!!

Just because we aren't focusing on enhancing the biomotors doesn't mean they won't improve. As I've mentioned already, kids get faster, stronger and more flexible automatically with skill-based training.

Human growth and development has seen to that for us.

So that's it. An easy philosophy that covers what you need to know about training young people.

No more excuses -- The training effects and increases will come. Just be sure to keep the temperature gauge locked on "low"!

Brian Grasso has trained more than 15,000 young athletes worldwide over the past decade. He is the Founder and CEO of the International Youth Conditioning Association -- the number one certification for Youth Fitness and Youth Sports Performance. For more information, visit www.IYCA.org

The Lowdown on Low-Carb Previous
More from Features

Tie Your Education Vision with Your Business Mission 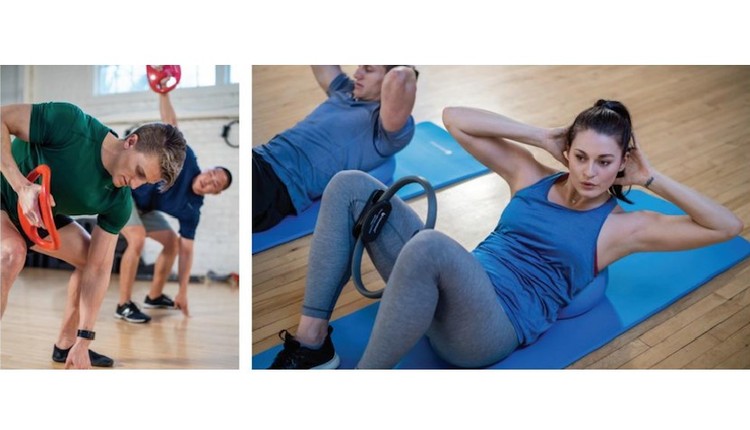