A leader listening for opportunity 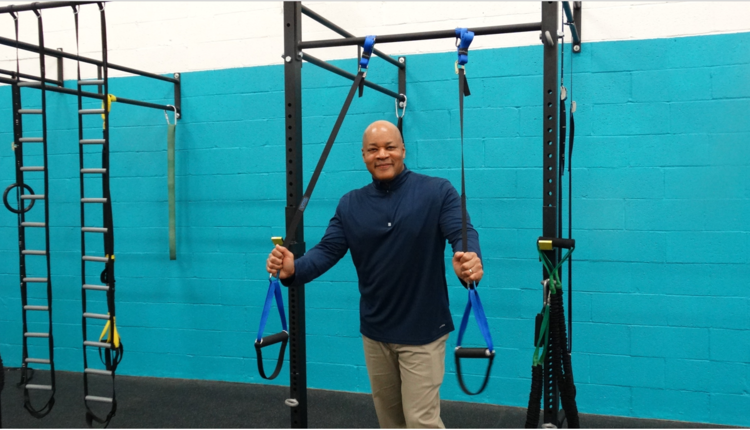 There are few fitness professionals who can boast the collection of accolades and accomplishments as can Stephen Holt. But if you know Stephen, you’ll quickly realize that for him, it’s not about boasting at all; in fact, it’s quite the opposite. For the better part of nearly 40 years, Stephen Holt has been committed to serving the fitness industry and his clients at the highest level.

Perhaps the most influential catalyst of Stephen’s success was being selected as one of the first fitness experts to offer advice on the internet when AllExperts.com was the go-to search engine before Google became what we know today (circa 1992). The exposure as one of the originals at AllExperts.com led to numerous magazine interviews, articles and speaking engagements.

Among other accolades, Stephen is the 2003 ACE Personal Trainer of the Year, the AllExperts.com “Expert of the Year” in 1999, and has been a finalist for a personal trainer of the year award 11 times with five different organizations (PFP, ACE, NSCA, Life Fitness and PTontheNet.com). He has been named “Top Ten Global Personal Trainers to Watch” by Life Fitness and one of the “50 Greatest Trainers in America” by Men’s Fitness.

You may have come across a quote or an article featuring Stephen and his work in Shape, Fitness, Women's Health, Men's Health, Men's Fitness, Runners' World, Family Circle, Woman's Day, Livestrong.com, Experience Life, Outside, Ebony, Heart & Soul, the Washington Post, here in PFP magazine, or even on television on Nightly News with Brian Williams and The Today Show. Stephen has co-authored several books and ebooks alongside some of the most recognized names in the industry, including Pat Rigsby, J.C. Santana, Dr. Wayne Westcott, Phil Kaplan, Alwyn and Rachel Cosgrove.

Stephen has been active in major fitness industry events and national organizations, including IDEA, Club Industry, National Board of Fitness Examiners, Fitness Management Magazine, and as State Director for the National Strength and Conditioning Association (NSCA). Among his proudest achievements was being selected and serving as the first full-time personal trainer in any state to serve on the Governor's Council on Physical Fitness (Maryland). As a representative of the Maryland Council on Aging, he has spoken at the Maryland State Fair and at numerous retirement communities.

Stephen started in the industry in 1979 while playing football at Duke University on an academic scholarship. A voracious reader and fascinated by how to increase performance, he worked closely with the strength coach to develop strength training programs for his teammates. He graduated with a degree in mechanical engineering and worked for General Motors but knew he did not want to do that work long-term. He always had his foot in the industry and worked at gyms part-time until he decided to take on the career full-time. When he attained his Certified Strength and Conditioning Specialist (CSCS) credentials in 1991, he began training the people who were primarily hiring personal trainers at the time – the “up-and-comers” and professional upper echelon of the Baltimore area.

In the years following, Stephen developed as a trainer, leader and businessperson. He was Education Director of the city’s leading fitness center and Personal Training Director at one of the most prestigious country clubs.

Through this diverse experience, Stephen saw the enormous opportunity to offer fitness programming in a more approachable, more evidence-based manner than he was seeing in mainstream fitness. So, in 2010, he opened 29again Fitness in Timonium, Maryland; a 3,000-square foot facility where he offers custom fitness training programs primarily to women over 40 with a goal to feel like “29 again.” Stephen creates a personalized workout program for each of his clients that they can then perform alongside other clients with guidance and direction from Stephen or one of his staff.

Perhaps more than his professional experience, 29again Fitness was inspired by his personal experiences in fitness. He describes it in his own words:

“The most important lesson I’ve learned over my career has been understanding how priorities can and should change as you age and mature. There’s far more to fitness and exercise than just looking better.

As a college athlete, I was concerned only with improving athletic performance for my teammates and for myself. As I aged and raised children, I learned to focus less on looks and body composition, and more on quality of life – for me and for my clients.”

The need for tailored fitness programs for baby boomers was an opportunity he immediately seized. He realized it was imperative to learn more about pre- and post-rehabilitation in his knowledge-base. Stephen volunteered in the Physical Therapy Department at Union Memorial Hospital and studied beside Michael K. Jones of the American Academy of Health Fitness & Rehab Professionals. He was later certified as one of the first Medical Exercise Specialists. It was this type of forward-thinking and his ability to effectively communicate and educate that earned him the title of “America’s Baby Boomer Fitness Expert.” He continues to rise above the rest and succeed despite increasing competition.

Stephen credits his success to working with coaches and mentors he trusts, then heeding their advice. It’s the advice he offers other fitness professionals along with the importance of joining a mastermind group (this is how he created relationships years ago with so many rising industry leaders). Other advice he gives that made a difference for him is when attending a live event, room with two people you don’t know, go to different presentations when you can and then share the takeaways; always look to connect with other professionals.

Stephen’s story of success isn’t about the many opportunities to earn accolades, awards, and recognition; it’s about perseverance and dedication to professionalism and excellence. Stephen has always sought out the greater opportunity, and in doing so, proves that a meaningful, rewarding career in fitness is possible.

During the interview for this feature, at one point he stated that he is “more of a listener than a talker.” Stephen Holt, regardless of his impressive list of accolades and accomplishments, is a testament that you don’t have to be the loudest or most talkative to have influence and to create impact; you simply must be the most committed.

Educate parents about safe and effective training for young athletes Next

Prepare for your group exercise audition Previous
More from Features